HarborFest: Sending Off Summer with Music and Fun [ Gallery ]

HarborFest: Sending Off Summer with Music and Fun [ Gallery ] Marquette, MI – August 28 – This year, Marquette celebrated a final hoorah to summer at the 2021 HarborFest. Featuring live music, food, and entertainment, the community celebrated together down at Mattson Lower Harbor Park. This year’s HarborFest featured two days of fun, providing activities for the whole family to enjoy.

The two-day event featured seven bands playing in the late afternoon and evening of Friday and Saturday. On Friday, such bands as Tuesday Jones, a classic rock band with the blues from Marquette, and Outlaw’d, a rowdy country band from Houghton, played for the crowd, but the greatest excitement was for the night’s featured entertainment: the high-octane musical funk frenzy from Chicago, and so stranger to the Marquette scene, Bumpus.

Saturday’s line-up started with Beechgrove & Blacksmith, an eclectic band specializing in a beautiful, acoustic sound and hailing from the Marquette Area. Following them, the Daydreamers played for the late afternoon, covering hits from yesterday and today. Iron Daisy came to rock the evening crowd, featuring a variety act of rock music to hype up the crowd for the final band of the event. Jovi took the stage that evening, a Bon Jovi Cover band from the Detroit area, rocking the stage with some of Bon Jovi’s greatest hits and more.

Live music wasn’t the only entertainment available at the event. Saturday Morning featured the Classic Car Show, putting on display dozens of classic cars kept in beautiful care. These brightly colored vehicles lined the park, with some of their tops flipped open. sharing details about the history of the car. Kids, too, got their share of fun with Double Trouble Inflatables during the late afternoon and evening, as well as kids’ activities.

HarborFest is and always has been a critical celebration in the Marquette Community, not only for the impact it has each year on the warmth of the community but also the lingering effects it has after. HarborFest is the primary fundraising event for Marquette West Rotary, which has provided over $700,000 in grants to local, non-profit organizations.

MediaBrew Communications extends its’ thank yous to the Marquette West Rotary for its support of the community and for hosting this fantastic event. 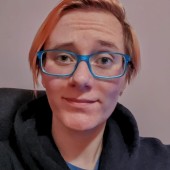